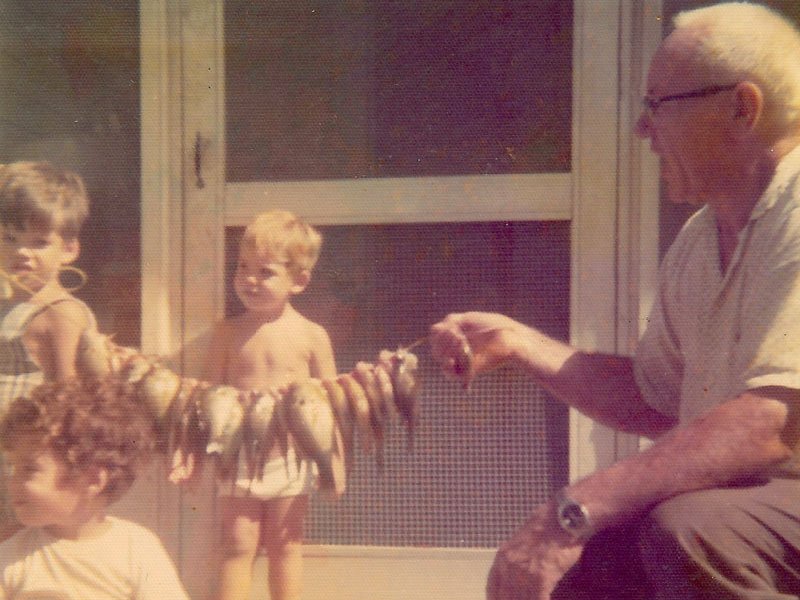 For as long as I can remember, fishing was just something we did, often. Both of my grandfathers, Sidney “Coach” White and S. Carlton Feagin, took me fishing whenever there was an opportunity. We fished for anything that would bite a hook and mostly used crickets. On the days when the fish were really biting, I knew that we would be having a “fish fry” and that was exciting because it was always a festive occasion with a pile of fried fish, hush puppies, and other yummy items to feast upon! While it was not “haut” cuisine or gourmet, it was back to basics, simple, and fresh.

The best fish fry memories for me were from the banks of the river. Black River, just east of Andrews, SC is a tidal river, and would yield her bounty of Bream, Red and Yellow Breast, Crappy, and Catfish often. When the weather was just right, there was never a missed opportunity to pull up on the bank somewhere remote and fry up some fish. Often times when we would pull up on the bank to cook, other adventurers would join us and we would all share our catch of the day and whatever else we brought from home.

For the ideal fish fry, we would clean the fish river-side and place them in a paper sack filled about 1/4 of the way with 1 part all-purpose flour, 2 parts cornmeal, seasoned liberally with salt, black pepper, and cayenne pepper to taste. After a vigorous shake in the bag with the seasoned flour, the fish would be dropped into an iron skillet or dutch oven with 350 degree hot oil, usually good ole Crisco, and fried until golden brown, about 3 to 4 minutes on each side. In no time, there would be a pile of fish sitting on thick paper plates lined with paper towels.

The fried fish always had a nice crunch to them with a moist and flakey interior. Any leftover flour mix would be incorporated into a batter to make hushpuppies from scratch. The bounty would then be served with homemade butter pickles, chopped onion, white loaf bread, and of course, my grandfather’s Low Country Moppin’ Sauce. I usually poured some sauce on my plate and placed bits of the fried fish in a slice of white bread with a few pickles and slivers of fresh onion. Folding the bread over the fish like a taco, I would sop up the sauce and savor each and every bite. It was delicious!

When I look upon those times, they remind me to appreciate the simpler things in life. The butter pickles usually came from cucumbers that my grandmother, Carrie Feagin, grew the Summer before and canned. The white bread was just cheap and extended any meal and my grandfather’s moppin’ sauce was extraordinary and bountiful around our home. While I don’t pull up on the banks anymore to have an impromptu fish fry, I still enjoy fresh fried fish from time-to-time and along with those fish, I always have a puddle of my grandfather’s Low Country Moppin’ Sauce on my plate for dipping. With each bite, I reflect back on those great memories along the banks of Black River and the friendly strangers that would gather to break bread with us. Good times and great memories were had by all.